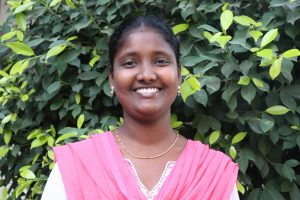 R. RajaLakshmi (Beulah) is 24 years old finished her M.Com masters in Commerce She was thrown out of her family when she was 5 years old and became a semi orphan.  None of her relatives or guardians ever showed her any love but she heard about El-Shadai children home through her Uncle.  R. RajaLakshmi joined El – Shadai as a result of the recommendation of her Uncle in the year 2000, now become our staff and working for El-Shadai fulltime. 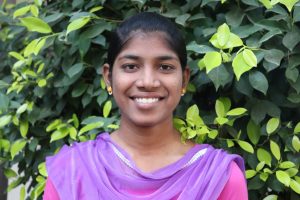 Esther  ( Dhanalakshmi)  is 18 years old studying BSW ( Bachelor in Social Work), Her father and mother both affected by HIV Aids and forced to be in Railway station at Tirupathi, some social worker rescued and directed to El-Shadai, she live in El-Shadai, while she was here her mother  & father died. She live in El-Shadai From 2006

Emmanuel 17 years old.   He lost his mother when he was 6-days -old baby if that was not enough he  has never seen his father either.   He grew up with his grandmother who was unable even to provide one meal a day.  She heard about El – Shadai through a local pastor and brought him to us in 2005.  He is in 12th standard, final year of the school. 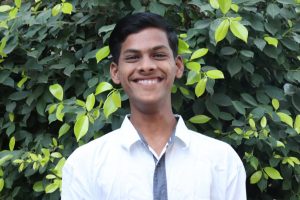 Nithin is 17 years old boy.  He never knew his father and his mother was affected by HIV and as a result could take care of him.  She heard El – Shadai through a Christian worker and brought him when he was 18 months in 2004.   Sadly, his mother was died while he was at El – Shadai.  He finished is ITI in electrical and doing his appendix . 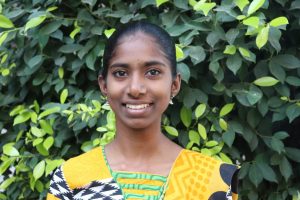 Vaishalli  16 years old.  Studying at 12th standard she lost her Mother when she was 4 and is father Killed mother and he died in 2018.  Consequently her grandfather or grandmother was not able to give any food, because her grandfather is blind, they heard about El-Shadai through village friends and she joined 2009, she and her sister Gayathri & Agalaya 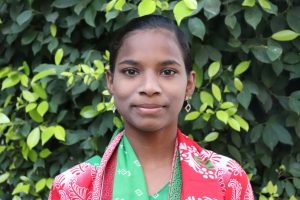 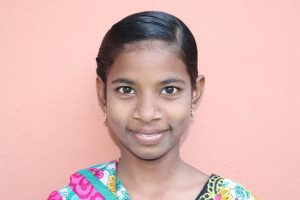 17 years old T. Pandiyan studying 12th grade, he lost his father when he was 3 and her mother was not able to give proper care, they come to know El-Shadai through social worker and joined in 2012. 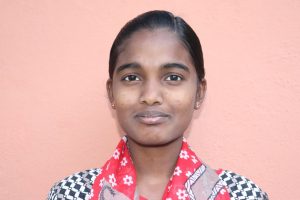 14 years old B. Priyanga studying 9th grade, she lost her father when she was 5 years and mother remarried and her step father was not able to give any care or shown any love, she faced lot of   cruelty from her step- father and his relatives, so with the help of local pastor they heard about El- Shadai and brought in 2012 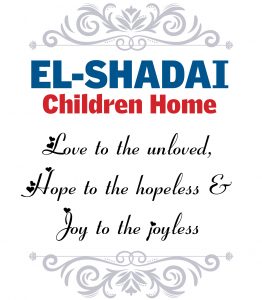